The TraceX Explosives kit can detect nine families of explosive materials and their precursors and has been tested against more than 20 specific explosives or precursor materials.  While the kit is highly sensitive to explosive related materials at trace levels, it can also be used for bulk detection.
One swab give gives you the ability to quickly and accurately detect all major Explosive families.

The TraceX Explosives kit detects levels at or below 250 Nanograms ( one billionth or a gram) for all HME Classes, with the exception of peroxides which is 750 Nanograms.

Improve the Capability of Your Robot with Trace-X!

You now have a cost-effective way to significantly improve the capability of your robot by adding Trace-X.  Let the robot carry down the case, pick up the applicator, swap the suspect material, drop it into the case, close the case and use the robot grip activate the case.  You'll know immediately if you have an explosive hazard.  Add the Chameleon Chemical Detection Arm Band to your robot to further increase the capability. 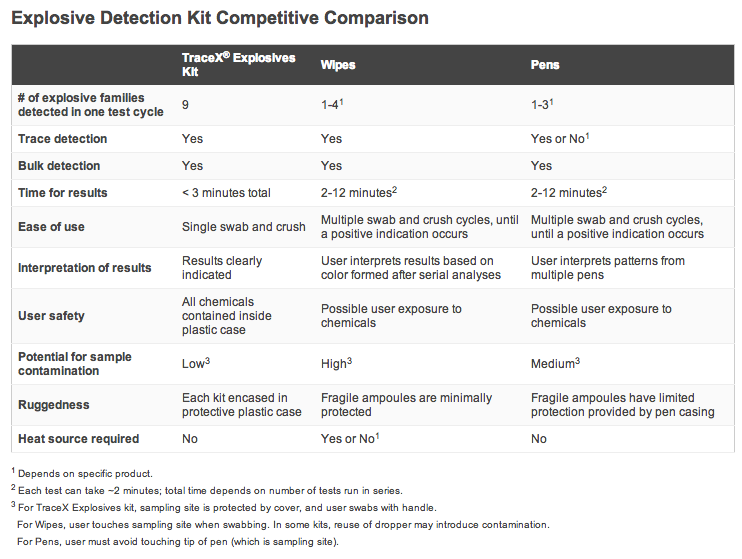