If you're working out to go Navy EOD, AFSOC, SEAL's, SF, Ranger, SWAT or any of the Special Programs out there, you'll have to work out and work out hard!  It's going to suck because you know you're going to have to deal with the pain.

Understanding the difference between pain and injury is critical.  If you're injured, you need to let your body recover and heal.  If you don't, your injury just gets worse.  But how do we deal with the pain of a workout.

I had the great fortune of hanging out with my brother one day and we were talking about working out and specifically about the workouts I did while playing college football, making it to the Cowboys Combine and then Navy EOD Dive School.

He was just starting to run and hated how bad he hurt while he was running.  He had a good understanding of my workouts in college but it blew his mind when I dropped about 100 pounds running and swimming some extraordinary distances for time.

My first piece of advice in dealing with the pain was "Disassociation."  When you start working out, your body is screaming "What the hell are you doing?"

Disassociation or at least attempting it is a good start.  Put your headphones on to rock out, run where there's a lot of pretty girls who are also running, balance your checkbook in your head or memorize the Russian Encyclopedia.  It doesn't really matter as long as you're not thinking about the pain.

This works great until you've built a solid foundation of fitness but that's not really your goal is it?  Putting that Crab, Trident or any of the most sought after pins on your chest is the goal.

Continuing the conversation with my brother, we then started talking about taking it to the next level.  Instead of disassociating from the pain, we begin to turn our focus to the pain.  Yes, associating with the pain!

You're now running, swimming and lifting further, faster and heavier.  You've crossed the point of fit to a bit beyond fit where people start staring at you like you're the Freak that you actually are.

Before your workout, you're at rest.  Start running and your brain starts telling your body you need to go from rest to aerobic which takes about 6 to 10 minutes.  Your first bit of pain and why warming up is a really good idea.  Keep injury out of the picture.

You're running for time and distance.  Gotta beat yesterday.  You hit the "Groove" or "Runner's High" but you need to push harder than that or run the risk of hitting a plateau.

As you run, you can slightly change your gate to focus on your glutes, quads, hams or ankles/feet.   If you haven't tried this, give it a shot.  It's not much different than focusing on your pecs while doing bench press, etc.

Get a good warm up, understand that going aerobic takes a few minutes, push the pain with association and avoid injury. 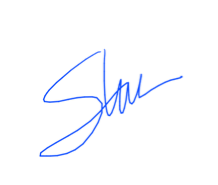