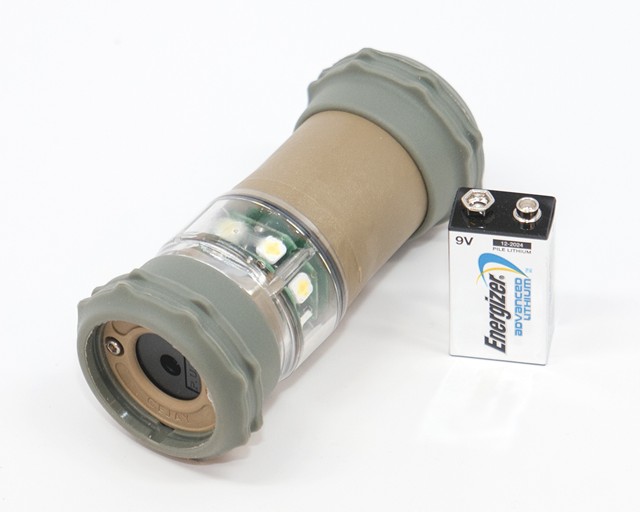 With the EOD Training Penalty Notifier, Surprise, Speed, Violence of Action is exactly what you're dishing out.  130dB of noise and a blinding flash of white (or green) light will give you that additional second you need.

The Hero™ Sr. from Cejay Engineering, emits a bright, multi-directional, high -power LED strobe and ~130dB tone disorientating people, and animals, when deployed in rooms or enclosed areas. This high intensity, safe, reusable, marking tool can be deployed over-and-over adding up to a significant cost savings when compared to similar one-time only, distraction devices.

When activated, the Hero Sr. first emits a constant sound, and rapid light flashes for maximum affect. After sixty seconds, Hero Sr. begins emitting a single light flash every second and constant beeping sound for ease in location and recovery.

The Hero Sr. is made of high-strength nylon and features rubber impact bumpers on each end allowing the Hero Sr. to withstand multiple deployments from low-flying aircraft and moving vehicles. All the electronic controls are sealed within the device ensuring trouble free operation. With Hero Sr.'s battery removed, the device is no longer operational, and safe to carry onboard civilian transport without any special permitting or handling.